A couple of months ago, a friend and I decided to take up swimming. We decided that our initial goal would be to swim a mile. We joined a swimming facility and started. The first day, we swam 9 laps – which seemed like at least a mile because we were exhausted when it was over. On the way out, I casually asked at the front desk, “how many laps to swim a mile?” 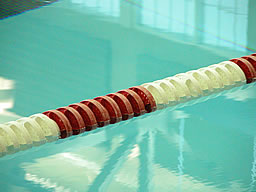 Yikes! Suddenly, our little goal of swimming a mile became a daunting task. Not to be deterred, we decided we would add 2-3 laps each time until we eventually swam a mile. What happened? We did it of course! It took a little over a month, but yesterday, we swam our mile. I don’t need to tell you that each day, swimming got easier and easier, and we became faster and faster. So that when we finally swam the mile, we did it in about the same amount of time it took us to swim 9 laps that first day.

But here’s the observation that made an impact on me. Each day, the first lap almost killed us! It was as if we were back at the first day again. But, since we knew we could swim at least as far as we had the day before, we kept on. After the second or third lap, things got easier and we settled into a routine of swimming.

Success Tip: Next time you are having a hard time getting started, just say to yourself, “the first lap is the hardest,” and keep going. Soon you will settle into a productive routine and things will be easier.